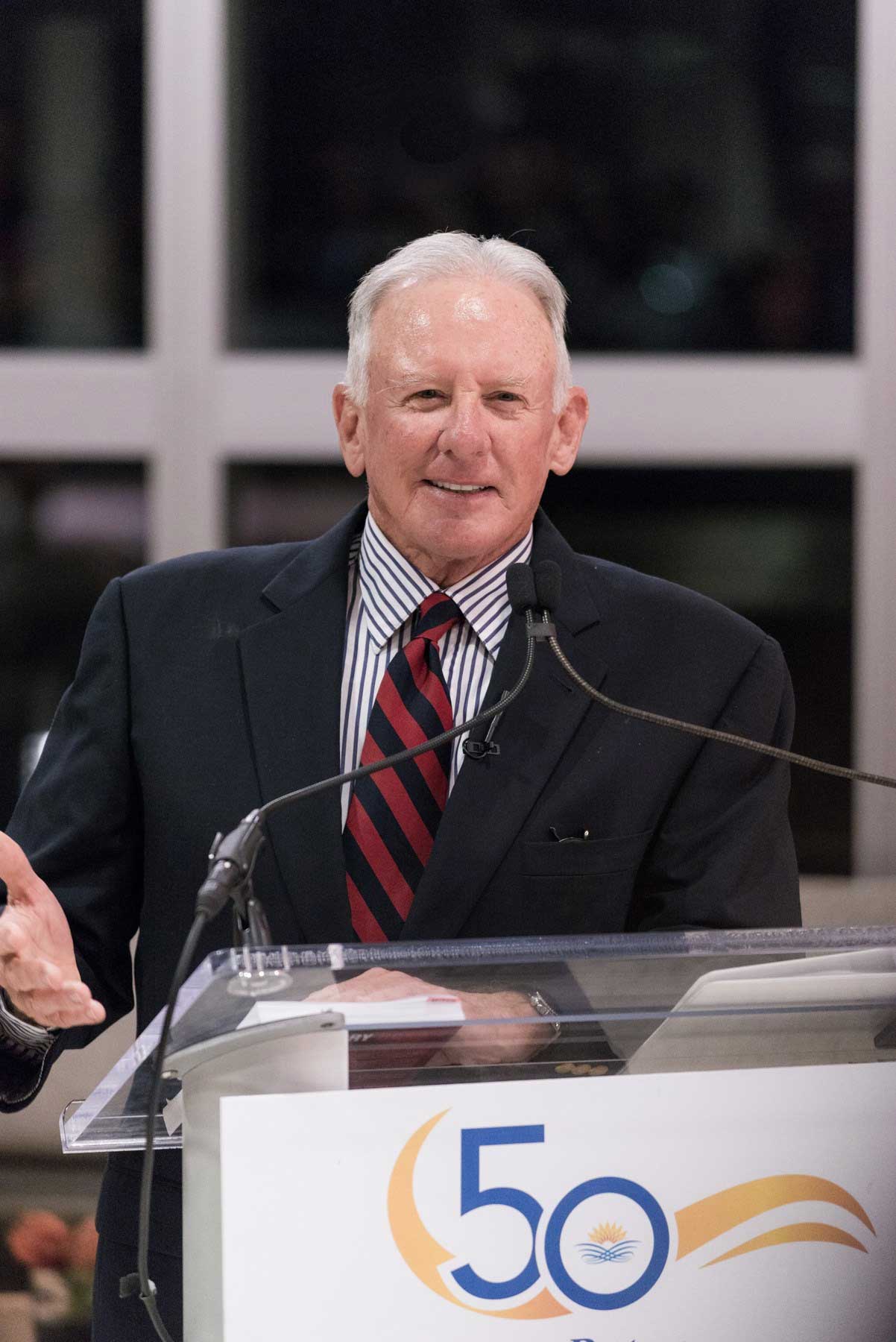 As a resident of Boca Raton for more than 50 years, Dick Schmidt received his M.B.A. in Accounting in 1970 at Florida Atlantic University, and worked as an assistant professor there from 1970-1973. He then became the Founder and Managing Partner of Schmidt, Raines, Trieste, Dickenson, Adams & Co., the largest single office accounting firm in South Florida. He continued his commitment to the community through his involvement on various boards, inclusive of First Bank & Trust of Boca Raton (Chairman), Gulfstream Banks (Chairman), and NCNB – known today as Bank of America. He also served on the FAU Research & Development Park Authority, Palm Beach County Cultural Council, as the Vice Chair of WPBT Channel 2, was the Chairman of Florida Philharmonic, the Chairman of the Board of Boca Raton Regional Hospital and as Chairman of the Allianz Championship Golf Tournament. Dick is currently CEO of Schmidt Companies, Inc., a diversified investment group with concentrations in real estate and aviation and President of the Schmidt Family Foundation.

Together Dick and Barbara work through the Schmidt Family Foundation, a charitable organization dedicated to helping people help themselves by supporting nonprofits that work to alleviate suffering and make the most of an individual’s given abilities. Many local nonprofits benefit from recurring support from the Schmidt Family Foundation: including Florida Atlantic University, Lynn University, Boca Raton Regional Hospital, Local Public Television, Literacy Coalition, Home Safe, Florence Fuller Child Development Centers, Spirit of Giving and the Centre for the Arts at Mizner Park.

Dick Schmidt’s extensive interests are evident in his writing. From his love of sailing and aviation, to his experience in the army, Dick has traveled far and wide in more vessels than he can count. As a man who enjoys a variety of active pursuits, his passions over the years have included competitive sailing, flying, scuba diving, snow ski instructor, accomplished golfer, voracious reader and published author. His work as an accountant, a developer and as a philanthropist has given him a vast array of diverse work experiences, allowing him to meet and get to know people of different backgrounds throughout the world. These encounters and events have not only shaped who Dick Schmidt is, but they allow him to shape a collection of relatable, realistic characters with depth and sophistication. His unique experiences, varied background, active pursuits and many interests provide the perfect formula for a great writer.